It’s American Library Association’s National Library Card Sign-Up Month right now so I wanted to find out what’s going on at the libraries that might encourage people to sign up for a library card (or use the one they already have).  I will say that I’m a lifelong library fan, so I anticipated going there and finding all the things that I fell in love with.  Wow!  I was wrong.  Libraries have, indeed, evolved over time and adapted to the patrons’ changing needs (psst…if you get a library card, you can be called a patron!).  I was surprised that there were some things I came across that I had never even heard of (like Playaways, described below).  Parents, if you haven’t seen these, check them out! END_OF_DOCUMENT_TOKEN_TO_BE_REPLACED

This year, this week…you can make a difference.  The issue of suicide is always a bit scary, both because we’re afraid it will happen to someone we love and because we are, for the most part, not very knowledgeable about the subject until it affects us.  I have a few people in my life that have been directly impacted by this issue and my heart still breaks for the pain that they experience.  While I learned a bit about it, enough to have an intelligent conversation, I was still unaware of the actual statistics on this issue or the information that is available to help us all become more aware.  This week is National Suicide Prevention Week and, according to the American Foundation for Suicide Prevention, suicide is the 10th leading cause of death in the U.S.  In addition to that, for every suicide that is carried out, there are about 25 more attempts.  Life is hard for all of us and, for some, it’s harder.  We’ve made some strides in making this topic more mainstream, but we still have work to do.  Depression, mental illness, and suicide are not taboo topics; they are a necessary conversation.  This is no different than us researching cancer or heart attacks.  We all know the warning signs of those and take action to prevent or heal ourselves and those close to us.  We should be doing the same work on the topics of mental illness and/or suicide. END_OF_DOCUMENT_TOKEN_TO_BE_REPLACED 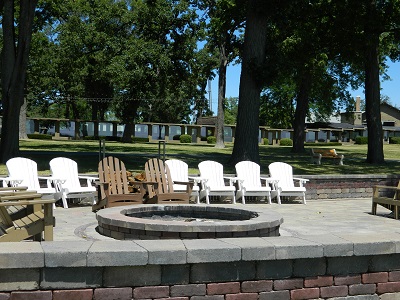 We all know that our major holidays are known as much for the sales anymore as the holiday itself.  We couldn’t let Labor Day go by without a mention.

There are several sources that list the best buys, but typically over this holiday, you can expect to see big discounts on:

If you need any of the above, you might want to take a look at your local sales between parties!

Have a nice relaxing weekend!

In the news today it was announced that Selena Gomez is taking some time off to care for herself in dealing with the effects of lupus.  Good for her!  She is not alone in fighting this disease and is, in fact, one of a growing number of us affected by an autoimmune disorder.  Yes, I said “us” as I am counted in that number and can speak to the fight that she is going through.  I am happy that she is speaking out and doing what she needs to do for herself.  We all need to do that, although it’s not easy and it’s not always even possible.

Facts & Figures:  Autoimmune diseases are one of the fastest growing categories of disease.  To put this in perspective and recognize the widespread impact it has, cancer affects up to 9 million people and heart disease up to 22 million.  According to estimates (below), 50 million people may be affected by an autoimmune disease.  Despite the vast number of people affected, funding for research into this area of health is woefully inadequate, as are treatment options.  It is estimated, and expected then, that direct healthcare costs are double those of cancer.  END_OF_DOCUMENT_TOKEN_TO_BE_REPLACED

I’m a bit embarrassed to admit it, but I’m not that familiar with the actual history of Labor Day.  The one thing I do know is that it’s a day off work and typically filled with parades, picnics, barbecues, and fun!  While I was aware that I should probably know more than this, I never really looked into it much.  I have decided to learn a bit more and thought I’d share it with you.   If you’re going to a bbq or party over this Labor Day weekend, here’s a little bit of info about the holiday that you can share so you sound like an expert.

The definition, according to History.com.

“Observed on the first Monday in September, Labor Day pays tribute to the contributions and achievements of American workers. It was created by the labor movement in the late 19th century and became a federal holiday in 1894. Labor Day also symbolizes the end of summer for many Americans, and is celebrated with parties, parades and athletic events.”

I did some reading on this and I have to admit that I had no idea of (or had forgotten about) the workers’ struggles that initiated the movement for Labor Day.  This time in history (in the late 1800s) was at the height of the Industrial Revolution.  During this time, the average American was working every single day of the week, 12 hours every day, just to survive.  They were forced to work in unsafe and unhealthy work environments and small children were put to work as well.  Brave workers organized labor unions and held strikes and protests about the working conditions, the pay, and the safety concerns.  This was, in reality, a time of both violence and of celebration.  I am now very grateful to those people who stood up for their rights, those that took the chances and those that lost their lives in order to bring about change in worker’s rights that we now enjoy and usually take for granted.

There is, to this day, some debate as to who initially proposed the idea of Labor Day but following such events as the Haymarket Riot of 1886 (in Chicago) and the events of the Pullman Strike of 1894 (in Chicago), President Grover Cleveland and the United States Congress voted unanimously to approve legislation to make Labor Day a national holiday.   The first proposal of the holiday included the form that the celebration should take:

A street parade to exhibit to the public “the strength and esprit de corps of the trade and labor organizations” followed by a festival for the workers and their families.

Labor Day is a tribute to the contributions that workers have made, and continue to make, to the growth and continued prosperity of our country.  So, thanks to our hardworking ancestors, the labor unions, and all who participated in the labor movement we will, on Monday, continue to enjoy our “workingmen’s holiday”.

So yesterday I saw a couple of orange and yellow leaves in my yard.  For those of us living in the Midwest, you know what that means.  Fall will be here in the blink of an eye, quickly followed by the onset of the holiday season.  As a friend of mine told me the other day, it’s just 18 short weekends away.

This is actually good news.  We still have time to fit in all the things we said we wanted to do this summer! Take a few minutes today to plan out the next several weekends to make sure you wring out every last drop of summer fun!