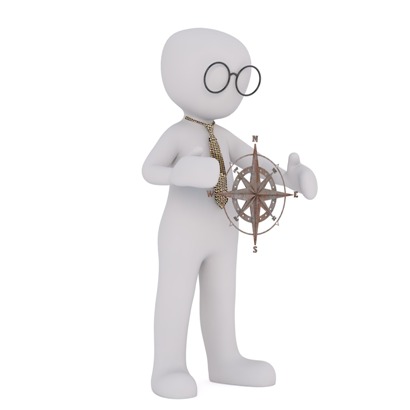 Daily now, we’re faced with the divisiveness pervading our country. Politics has really played a number with us over the past couple of years, but this isn’t about politics. At almost 60 years old, I have never in my life seen anything like it. I have seen elections play out through the years while both sides put out political ads insulting the other. I remember a time when people were criticized for doing that and that was nothing compared to how it is now. We are being subjected to behavior that is so offensive and unacceptable that my mouth literally falls open at some of what I see and hear. When did we turn into human beings that allow this type of behavior and what are we going to do about it?

I’m going to leave the actual political debates aside here. I am, however, holding our elected officials, individually, accountable for a large portion of our current problems. They are setting the standards and they are the ones lowering them by accepting things that should not be acceptable. To me, this problem is so much bigger than politics. I think, beyond the political culture, the continuing tolerance for ill behavior by SO MANY people in the recent months is shocking. I have a hard time believing what we now consider acceptable. We have to stop blaming the political parties as a whole and look at the individuals involved and hold them accountable for their behavior. This is not a political problem; it’s a humanity problem.

When did it become tolerable to blatantly admit to sexually assaulting women and think that it’s okay?  In fact, even if the abuse is admitted, the victims are still subject to skepticism, doubt, and disbelief. Often, there aren’t even repercussions for these actions. Why do we find it so hard to believe the victim and find it so easy to find excuses for the accused? Why are there different levels of blame based on who it is, whether it’s your political party or based on the color of the person or the nationality of the person involved? When did it become okay for the KKK and other hate groups to be open about their hatred? In what world is it okay for them to spew hate and violence and not even worry about repercussions? I feel like somebody opened that door that we all knew to keep locked and we’re facing what’s there. We know it’s been there, but have been able to keep it at bay until now. We’ve tried hard to remedy these biases and have worked to do better as human beings. I feel like we’ve just been set back by decades. Why aren’t our elected officials, in all capacities, dealing with these issues as a country and not blindly following along party lines? These issues are defining us as a country, as a people. It’s their responsibility to treat these issues accordingly. These topics, like so many others that are now occurring on a daily basis, need to be addressed swiftly and surely. There really is no other acceptable choice. What kind of world do we want to live in? What kind of world do we want our children and grandchildren to be part of? I think it’s time to make that choice and do something about it before we continue to lower our standards as human beings.

The lies that we’re subjected to daily by some of our elected officials and some of the media are also not acceptable. The fact that these falsehoods roll so easily off of their tongues is a bigger problem to me than the lie itself. Since when is it tolerable to simply make things up and put them out there as truth? Even when caught, they feel no responsibility to correct it. These same government officials that we have elected to preserve our rights, to look out for our interests, are just as culpable as anybody else. The race to put through their own agenda has put our health and welfare at risk. Many of them have admitted to not knowing the details of the plans put before them yet are completely comfortable voting on them. Now millions of us are living in fear daily as to what’s going to happen to us. The fact that we entrusted these people to do their due diligence means nothing. They continue to vote in a manner that critically affects those most vulnerable while enabling those most fortunate to continue to line their pockets.

Most of what I read and hear these days is so hypocritical that it angers me to listen. It seems as if everybody has one set of beliefs and absolutely refuses to listen to anything that differs from it. There appears to no longer be a way of working together, of working in the best interest of the people or of simply acknowledging that there’s a right and wrong. People are put on television to excuse others’ words, actions, and behaviors. It’s as if they can make it okay if they can make enough people believe it is. We’ll make up excuses to support our view. We’ll bend the truth as far as we can to look at things the way we want to see them. When did this become okay?

I know that there is a group of people out there that are perfectly fine with the way things are going. They clearly embrace the violence and the hate and are taking advantage of the direction we’re headed. There’s another group of people that are simply unaware of the changes taking place and may not pay much attention to politics or our changing standards. Their world may not have been affected much. That’s pretty tempting given the amount of coverage and mind-boggling accusations being tossed around. It’s easy to tell ourselves that it will work itself out. There’s another group of people, though, that are working hard to fight this culture, to hold themselves and others to higher standards, to uphold the constitution and morals of our country. These are the people that are trying to keep our country great, to maintain our standing as the best country in the world and to look out for each other. That’s the group that I want to be part of.

I want to go back to the world I grew up in, one where there’s a right and a wrong. Right means behaving in a manner that is moral, that is honest and that is appropriate. Wrong is selfish, hypocritical, and negative. I really don’t understand how these two things can be confused. Lies, violence, and inappropriate behavior or words should not be tolerated or excused by anybody. Our humanity has taken a steep dive and I think we’ve continued to move the bar in a negative way and accepted way more than we should have as normal. I don’t know how much longer we can allow this to continue and still remain the country of people that we want to be. I think it’s time for each one of us to say we’ve had enough. We deserve the honor, the integrity, and the respect that our ancestors worked so hard to create for our country. We cannot and should not give that up. We need to raise the bar again; raise our expectations for those that represent us. Hold people accountable for behavior that is not representative of our country. Women, children, disabled people, people of color, people of different religions…nobody… in this world should have to be afraid daily or treated in a substandard manner. Hatred and violence should not be a daily occurrence where we just shrug our shoulders.  I’m tired of being afraid of what our representatives are doing and being embarrassed and angry. We deserve a country that we’re proud of and a government that supports us and puts our best interests first. I think it starts with each one of us and what we can do to change it. Make a phone call or write a letter. Get involved. Vote for whoever represents your values and vote out those that don’t! Let your voice be heard and let your actions be representative of how you want our world to be. Stand up for what’s right and don’t accept less.