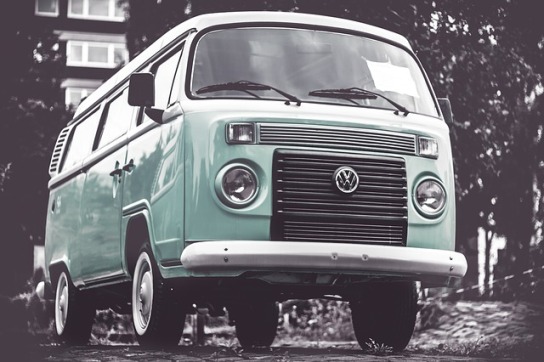 I don’t know what kind of driver you are, but I like to think of myself as a regular driver.  I keep pace with everybody around me (ok, maybe a little bit faster but not crazy), change lanes when I’m supposed to, use my turn signal, and try to be considerate.  Now, I don’t know why those concepts are so difficult to grasp, but there sure are a lot of drivers that don’t seem to understand driving etiquette.  They drive me crazy and I try really really hard to be patient with these idiots on the road, but I can’t.  No matter what I do, I experience road anxiety.  What is road anxiety?  It’s my version of road rage, but with normal people reactions rather than violent ones.  I have bursts of anxiety, fright, anger, revenge, and (major) irritation.  I try to remember to be gracious when I drive and give people the benefit of the doubt.  Usually it doesn’t work. END_OF_DOCUMENT_TOKEN_TO_BE_REPLACED

Okay, so I have accepted the fact that most of us are pretty much limited to just a couple of choices when it comes to getting a cable and internet company…sometimes just one.  I know there are options for just internet service, but it usually ends up making financial sense to bundle, right?  So you end up going with one of the few choices we have.  Plus, we’re used to it so it’s easier and we need our TV and internet to survive…at least I do.

I have a request for any ambitious entrepreneur out there looking to start a new business.  If you can come up with a cable/internet service that provides the following, I’m pretty sure that you would garner a huge customer base from the existing service providers.  Here are my requests: END_OF_DOCUMENT_TOKEN_TO_BE_REPLACED

Hmmm, do these two things ever go together?  I think they can, but I don’t think it’s necessarily the best way to go into a holiday.  We all do the best that we can through this holiday season but, when we set unrealistic expectations of either ourselves or others, it’s a setup for failure.  We all joke about that family get-together that includes the crazy uncle, the forgetful aunt, or the parents that are disappointed in us.  Unfortunately, this happens more often than less.  Most of us are versions of that family.  We may have disagreements and things can be awkward or irritating.  The picture-perfect family gathered around a fireplace and singing Christmas carols is extremely rare and, when we try to force this into our lives in an effort to make our holiday idyllic, we’re likely to be disappointed.   We don’t have to be, though!  Don’t try to be something that you’re not.  Do more of what makes you (and your family) happy and don’t worry about how it “should be”.

I don’t think we should try to meet expectations that aren’t realistic for ourselves.  We should each do what’s best for our OWN families and friends.  It’s what makes us happy, what brings us together, how we feel about each other that’s important.  It’s not the dinner, the gifts, the presentation or decorations.  It’s the joy that we are looking for.  Bearing in mind that none of us are perfect, it’s reasonable to assume that nobody else that shows up is perfect either.  Does that mean that your holiday gathering won’t be perfect?  Nope.  The perfection comes in the love, the heartfelt good wishes and acceptance that we have for each other.  Of course we’re all stressed out, tired from the running and trying to get everything done and, for a lot of us, work pressures, health, or weather problems on top of it.  We’re going to be a bit on edge, easily irritated and may not be in the best frame of mind in the exact moment we need to be.  Let’s try to be patient with each other.  There are things that matter (like caring, forgiveness, love) and things that don’t (irritation, intolerance, rudeness).  We have a choice on how we want to let these things affect us, not just on the holiday itself, but every other day as well.  Sometimes we need to overlook those things that aren’t perfect.  If the food is overcooked, you don’t approve of somebody’s clothing or the life choices a family member makes, it’s okay.  If everybody is there to share their day with each other, that’s what counts.  The rest will all make good stories in the years to come.  We should choose to look for the things that make us happy and not get upset about things that aren’t important.  THAT’S what it means to enjoy the holiday.  I hope yours is all that you wish for!

Is it me or is everybody else in the United States over this election too?

When this first started, a long time ago and in what seems like a different universe, I was a little excited to see what the candidates would bring.  Now, I just wish that somebody would call a do-over and we could all have a chance to start from the beginning … and do it right this time.

I guess I should start with my own perspective on this.  I’m not happy with the current state of affairs and I’m not particularly unhappy either.  I wish I made more money, I wish I paid less taxes, but I do manage to survive and I feel as safe as any of us can in this day and age.  Of course there are things that I would change, things that I wish for.  However, I’m not delusional enough to think that all of my problems will be solved with the election of either one of the presidential candidates or state representative, etc.   My biggest hope is that we can proceed forward in the best interest of our country as a whole.  I know that no matter what bill is passed, whatever law is changed, whatever decision is made, somebody is going to benefit and somebody is going to lose.  There is nothing in this world that will be the best choice for each and every one of us.  I think most of us adults understand this.  Why, then, has this months-long process turned so ugly?

At this point in the election cycle, I’m so disturbed by every single candidate’s behavior, literature, and rhetoric that I would probably vote for anybody else that I haven’t seen or heard about yet.  I was looking forward to hearing about the choices that we were presented with, what they represented, what they had to say.  Sadly, I did hear it.  I have voted in lots of elections and never before have I been so disheartened.  I have heard some of the candidates’ views, but had to do a LOT of research to find out what I needed to know in order to make a solid decision.  I heard a little more about the topics in the presidential race, but honestly I’m guessing 99% of what I heard from the state level candidates was about the OTHER person.  All of them chose to criticize the other candidate over expressing their own views. I have heard so much negativity this year that it has reached a whole new low.  I have honestly never heard such derogatory things being said by an adult, let alone a presidential candidate, with no repercussions and I can’t believe it has gotten to this point without somebody putting a stop to it.  To hear adults, the potential leaders of our country, say the things that I’ve heard recently is horrible to me.  I’m embarrassed for us as a country.  I’m confused by what we, as the people, are supposed to have learned from them, and I’m finding that, as I try to stay involved and learn more, my mood is becoming more and more depressed about our future.  I’m no longer optimistic about any of the choices or what the future holds for us.  This isn’t how this is supposed to work!  Our candidates are supposed to energize us, inspire us, and instill hope & promise for our future.  What happened?  How did we get to this point?  What can we do about it?

I wish a third-party presidential candidate, one that wasn’t a bully, a liar, or a hypocrite, had popped out of the woodwork a few weeks ago.  We could use one with no baggage or special interest; one that would run a positive campaign.  We probably all would have elected them at this point.  From the state level, I now understand why my state is one of the worst ones to live in anymore and why we’ve had so many politicians put in jail.  I can’t even begin to express how disappointed I am in the amount of literature that I’ve received and how poisonous the tone was.  It’s disturbing to me that we’ve come to accept this as part of political campaigns.

Is it naive to expect the leaders of our communities, our states, and our government offices to be respectful, decent human beings?  Is it wrong to assume that they will behave like adults and the role models that we expect them to be?  We are literally putting our life in their hands.  I don’t think it’s too much to expect that they at least act like they take it seriously.