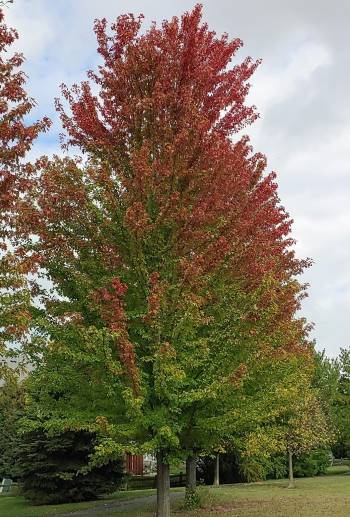 Changing seasons always feel a little nostalgic to me. Summer is on its way into fall and the beaches, the sand, the picnics, and outdoor fun are ending in what seems like a minute. Fall makes its appearance in shades of orange, yellow, and brown. It nudges summer out of the way with smells of burning leaves, fire pits and crisp air.

You know this change is coming, but it still always feels like it’s overnight. It’s like life; you can look forward to an event, like a wedding, and it’s so far away…and then it’s over! It’s also like a stage in life; you wait and wait for your child to walk and then it’s happened and it’s like they’ve walked forever! You wait for your graduation and then Boom! You’re working and into the next phase of life.

These seasonal changes are affecting me differently as I age. The seasons are coming faster and the next one is right around the corner. I am trying to think of what’s most important to me that I want to accomplish. I’m putting more thought into what will make me happy. I’m trying to be more conscious of my time and do what I value the most. Throughout our lives, there are so many things that we must do that is seems that we rarely get to make a conscious decision of what we want to do.

Now and then it’s a good idea to sit down and look at what we’re doing and where we want to go and who we want to be. How do we get there? What priorities should we have in place and what do we have to do to make those things happen?

As we wind down from summer into fall, and then winter, I think it’s a great time to take stock of where we are and where we want to be for a while. Do what you have to, sure, but try to also do what’s important to you and what makes you happy!

At some point in our life, we stop worrying about how old we are. It takes a long time to get to that point, though, doesn’t it?

When we’re actually young, we want to be older. When we start getting older, we want to pretend that we’re not. We like to believe that we’re still young. When we hit our 40’s and then our 50’s, we like to think that the old saying of “you’re only as old as you feel” is accurate. We still think that, if we refuse to acknowledge that we’re getting older, we can pretend we’re still about ten years younger than we actually are. That’s pretty easy to do when you feel younger!

When you’re still running around trying to do it all, you feel young, you feel invincible! It’s easy to tell yourself that you’re still young at heart, which is all that really matters. Age is just a number; it’s how you feel that counts.

Well, at some point, we all have to admit to ourselves that we are, indeed, getting older. That doesn’t mean we have to consider ourselves as old, just older than we were. At no point in our lives do we have to feel bad about being older, though. As a matter of fact, I’m finding it to be a bit liberating. I no longer feel like I HAVE to do every single thing that I used to do. I’m acknowledging that it’s okay to move just a little bit slower than I used to. I no longer get as much done because it does take me longer and sometimes I just don’t feel up to it. This is the bonus time in my life! I really don’t HAVE to do it all anymore. I’m giving myself permission to slow down and not make excuses about it, even to myself!

I don’t know that anybody has higher expectations for us than we do ourselves. I’ve always felt like I didn’t have any other option than to do every single thing that I was capable of doing. It wasn’t acceptable to do less. Well, now that I’m about to turn one of those nice even round numbers soon, I’m telling myself that I am now authorized to do whatever I feel like. Obviously we all have commitments that require our time, but beyond that, we all have things that we WANT to do and things that we feel COMPELLED to do. I’m going to start doing more of the things that I want to do instead. I’m going to leave undone some of the things that I’ve previously done just because I “should”.

No matter how old you are, you are entitled to live your best life. Take care of yourself; take care of those people that are important to you. Be conscious of those things that you want to make a priority in your life. Make time for those and fit the rest in when you’re able. There comes a time in your life when you’re going to recognize what’s important and what’s not. The sooner you find yourself at that point, the more time you’ll have to live the way that you want to!